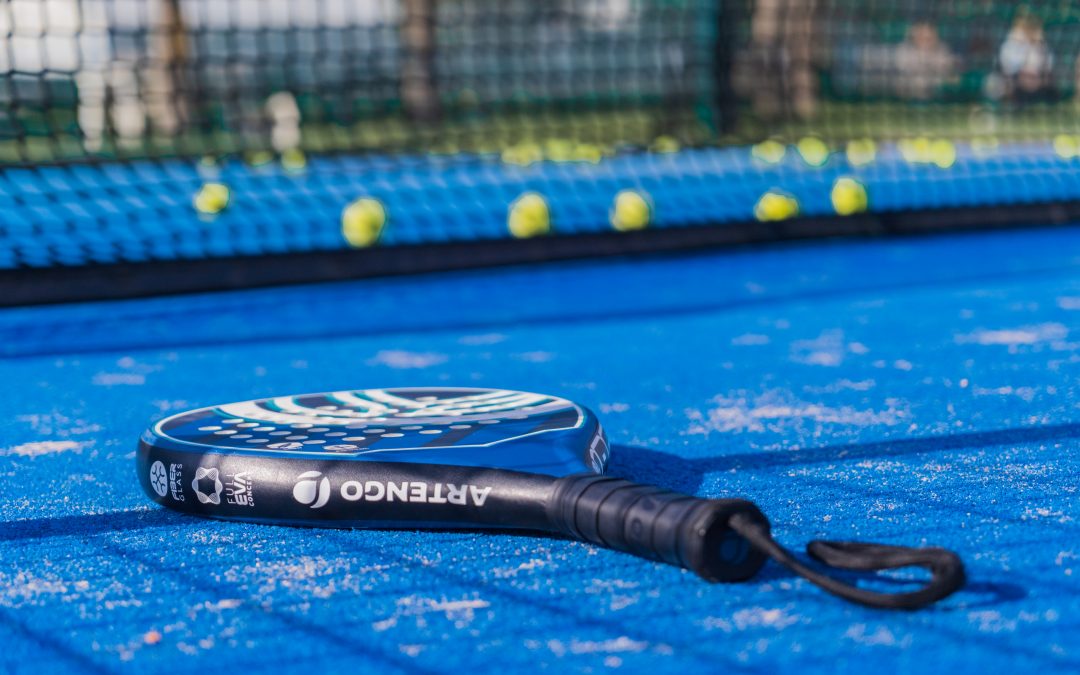 Have you ever practiced paddle tennis?

Paddle is a racquet sport that is always played in pairs and consists of three fundamental elements for its development: the ball, the paddle and the court.

The game consists of passing the ball to the opponent’s court allowing only one bounce on our side, if we get our opponent not to return the ball, we win the point. To obtain the victory we must win two of the three sets that make up the match.

This sport originated in Mexico as Enrique Corcuera, who is considered the inventor of paddle tennis. It all started at his home in Acapulco in 1969 where he incorporated a court with 10-foot-high walls and a 20×10-meter track enclosed by a metal fence. And it used the same rules as tennis, with the variant that the walls were used as a reference.

In Spain it arrives in mid 1974 thanks to Prince Alfonso de Hohenlohe who was amazed with this sport during his visit to Enrique’s house in Mexico, he decides to build two courts in Marbella with some modifications in the court and regulations.

In 1975, Argentinean milionaire Julio Menditegui decided to import it into his country and it became the second most practiced sport in Argentina. From that moment on, it began to spread to other Latin American countries such as Brazil, Chile, Uruguay and Paraguay.

Ten years later, there was an exponential growth in the number of tournaments and players, especially in Argentina, which led to the first international professional paddle championship in 1988.

By the end of the 1990s, the circuit in Argentina lost popularity and the main tournaments were played in Spain, which generated a great migration of Argentine players to Europe.

Currently, paddle is one of the favorite sports in Spain, in 2019 it surpassed tennis for the first time in federative chips, and unlike other sports it can be practiced by the whole family, from the youngest to the elderly.

Globally, it is the sport with the fastest evolution and penetration in number of players and courts in the world. So far there are 35 national paddle tennis federations spread over the five continents. We also have the World Padel Tour (WPT) which is the most important world circuit, along with the world championships.

What do I need to play paddle tennis?

Although it may seem otherwise thanks to the wide range of products currently offered in the market, the essential clothing to practice this sport are: The shovel, the shoes and the ball.

Then you can complement it with paddle bags, backpacks, equipment, accessories such as grips and overgrips, protectors, vibration reducers, wristbands, substances to reduce sweating in the hands, among others.

There are 3 types of blades:

If you still do not have a team or very clear equipment that you can go better, from Club de tennis Calonge, we advise you for the purchase or rental of equipment.

What should I keep in mind when making my choice?

Please note that it must meet the requirements of the Spanish Federation of Padel (FEP) homologation:

Paddle shoes to start to play

Paddle shoes are another essential item to practice paddle, and it does not work to use any shoe because you need a special type of shoe to avoid slips and dangerous falls.

When making your choice, take into account two important points: the sole and the cushioning. There are three types of soles available on the market:

Ready to get started?

Each set is made up of games, where the serving alternates between the couples and the members of each one of them. The idea is that the couple manages to jump the ball in the opponent’s court, with the possibility of the ball bouncing off the walls.

How are points earned?

The scoring method for each game is the same as that used in tennis: when a pair wins their first point, their score is 15, when they win two points it is 30 and when they win 3 points their score is 40. The scores of those who score are always named first and when both pairs tie at 40, it is said that there is a debt or equal.

The first team to win a point after being equal gains an advantage and, in case of winning the next point, the game is removed. If it fails to do so, they will become equal again until one pair achieves the difference of two points in their favor.

As the match is played in three sets, the couple must win two sets to obtain the victory. The pair that first wins six games with a minimum difference of two with respect to its rival is the winner of the set.

If they were tied at six, the tie-break would be played by tie-break. In the event of a tie in a set, a third set may be played until one of the parties gets two games ahead of its rival, without tie-break at any time. However, the general rule is that if each pair wins one of the two sets played, the tie-break rules apply in the third set.

Currently the World Padel Tour implemented the golden point at 40-40. This means that when the match is reached, the pair that wins the point will win the game.

What do you say? Would you like to play with us?

In our calonge tennis club, we have a group of experts in the sport that is fashionable. Our courts will be the perfect place to learn, improve techniques and make great progress in paddle tennis as a professional player. Contact us at either to become a member or just enjoy a day of paddle.